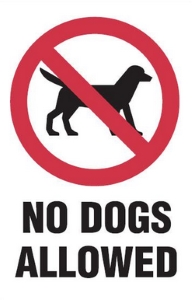 The “no dogs allowed” sign is one that dog owners are often faced with when out shopping or in public places. There are some areas that our four legged friends just are not permitted to enter – that is unless they are service dogs and they are necessary for the shopping experience. Many dog owners will therefore automatically assume that all store won’t want any other dogs at all. However, the rise of the dog stroller raises some interesting points, and there are some debates on the subject on many forums. So, can we take a dog in a pet stroller into a store, or should they still be left outside?

Let’s look at the argument in favor of dogs in strollers in stores first. The logic behind this thinking is simple. The main problems with having a dog in a store are keeping them under control and ensuring that they don’t make a mess. The worst possible situation for any store owner is that a dog will foul the floor and pose a hazard – especially in a food outlet where there could be a contamination risk. A pup on a leash can also make a mess with the merchandise, chew things and generally become a nuisance as they “play”. The theory here is that a pooch in a stroller doesn’t pose this risk. Instead, they are enclosed in a secure area where they cannot reach the goods, make any sort of mess or get under the feet of shoppers.

On the other side of the argument are those that do not want dogs in the premises at all, stroller or not

Others are not convinced by this argument at all. They feel that a ‘no dog rule’ should be kept up regardless of whether the animal is in a stroller or walking on the floor – especially when it comes to those selling food. Some are uncomfortable with the idea of dogs being in stores. This is an area where they don’t have to be bothered by the smells and sounds of dogs if they are uncomfortable around them. There is also the issue of those will dog allergies wanting a safe place to shop. Dog dander and fur gets everywhere, so can dog owners with open top pet strollers be sure that this won’t get onto clothing for sale?

Each side has interesting points, but the final decision comes down to the store

There is no strict, universal rule that says that dogs can or cannot be allowed into stores. The rules of a brand or an independent store is ultimately made by the management. Some may be happy to allow dogs in stroller, if they think that they are safe and secure. Others may continue to enforce the no dog rule because they don’t want animals in there in any form. There is always the possibility that a store did allow it once, due to a lack of strict rules, and saw complaints from shoppers. In the end, the best way to find out if a store will allow a dog in a stroller is to ask the store directly about their personal policy. Just be sure not to be presumptuous and don’t take the dog in as you ask. 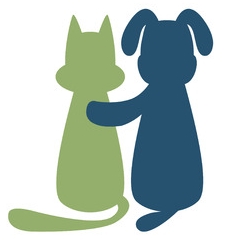 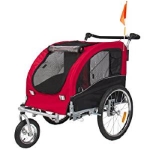 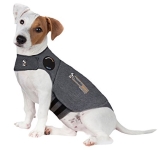 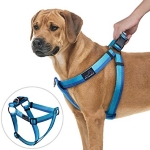 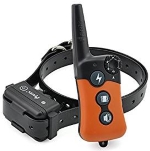 BestPetGuides.com is a participant in the Amazon Associates Program, an affiliate advertising program designed to provide a means for sites to earn advertising fees by advertising and linking to Amazon.com